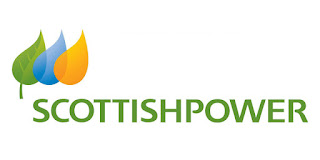 Scottish Power has the worst customer service record of the 'Big 6' energy companies.
it was fined £18m (2016) by Ofgem the energy regulator for terrible customer service that provoked one million complaints.

In February 2019 I left Scottish Power for Eon. The previous December they cancelled my direct debit and emailed to threaten me with higher charges. It took a few weeks to sort out. They blamed me, or my bank for the error - when in fact they later agreed they had cancelled the direct debit by mistake. So when my energy fix ended in February I switched immediately (avoiding an early switch penalty). Who wants to be a customer of a company that blames everyone else for their mistakes?

Switching energy companies should be straightforward these days. There is an Energy Switch Guarantee and the companies have to swap meter readings to generate final bills and refund credits on closing accounts. Scottish Power signs up to all these promises - it just didn't keep them.

Scottish Power failed to send me a final bill - even though I provided the meter readings - which my new company happily used. But they did keep debiting my bank account for another 2 months (until April) - even though my account was in credit.

When I phoned SP to complain they were helping themselves to money I did not owe them, they offered me £20 - and suggested I use the direct debit indemnity scheme to claim back the money from my bank. I refused the £20 - I wanted a final bill so I could get my credit back. It doesn't seem right to me that banks should devote resources to sorting out Scottish Power's failure to comply with the switching rules.

I emailed SP's Chief Executive to complain. I got no reply.

So eventually I did claim my previous 2 direct debits back from Santander (by mistake Santander also cancelled the wrong DD and awarded me £50 as a goodwill gesture for cancelling my DD with Sky - more hassle).

In April - I emailed Scottish Power's Chief Executive again with a reminder SP still had not produced a final bill - which it promises to do within 6 weeks of leaving. Without a final bill they could not refund the credit on my account.

As SP wasn't responding to my complaint I looked at the Energy Ombudsman website. Consumers can only complain to them after a final decision letter from their energy company, or 8 weeks after first complaining. As Scottish Power hadn't bothered responding to my emails or phone calls I took my complaint to the Ombudsman.

The Ombudsman's website is terrible. It will take you around in loops trying to file a claim. When you finally get to upload your case it requires lots of documents, dates, emails and bills which can take considerable time to locate. Then halfway through the process the site crashed - not once, but twice. I phoned them to find out what was wrong - you can send the evidence in a message they responded - as though the website crashes often.

The Energy Company you are complaining about has to provide a response to the Ombudsman. I discovered Scottish Power wanted the complaint sorted out as soon as the Ombudsman became involved. They contacted me to offer £125 and an apology.

I should have accepted their £125. I didn't. BIG MISTAKE.

I decided Scottish Power had behaved so badly - I'd given them plenty of opportunity to sort out their mistake - that I would see them punished. ANOTHER BIG MISTAKE.

Ombudsman Services says the average award to consumers is £77, which seems reasonable.

Of course it takes time to complain. When I refused Scottish Power's offer of £125 I had to go through the whole Energy Ombudsman process. That means SP upload their evidence and I had a few days to respond and upload any counter evidence. SP get to respond to that. I respond again and then the Ombudsman adjudication officer looks at the evidence and reaches a decision. This is very time consuming and I absolutely don't reccomend you do it. I wonder how many consumers give up part-way thorugh?

Scottish Power of course has paid employed staff who can spend hours entering data (and re-entering it when the site crashes) and uploading documents. Consumers get nothing for their trouble.

The Energy Ombudsman adjudicator upheld my complaint. No surprises there. I hadn't received a final bill, they had taken my money when I was in credit, and they hadn't responded to my complaint. But there was one big surprise - the penalty awarded was just £30.

Scottish Power had offered me £20 not to complain the first time I phoned them. I refused. They offered £125 when I went to the Ombudsman. I refused.

Now the Ombudsman had awarded £30. This was in July - 5 months since I'd left SP. It had taken hours of time, and had been stressful.

I appealed the decision with the Ombudsman. The same adjudiactor reviewed their original decision.

I lost the appeal. This was August.

A few weeks after the appeal Scottish Power came up with a another final bill. It was based on the same meter readings but was for more money. They said I should pay immediately.  This was in September - 7 months after I'd left Scottish Power. I contacted The Ombudsman and asked them to open the case again. They refused.

I contacted Scottish Power and they investigated and cancelled the demand.

Do not complain to the Energy Ombudsman.
Their decisions are not binding on the energy companies - they are simply 'opinions'
Instead:
Wait 8 weeks for a deadlock letter, or no response
Issue a small claims court demand MCOL (money claims online) for the balance you believe you are owed
The energy company will not want to go to court
They will offer to settle, and refund your court registration fee
If they don't do this you will win in court - and will be allowed to claim all your expenses and add interest at 8% to any money they owe you

If you really must complain to the Energy Ombudsman I suggest you take whatever goodwill / compensation the energy company offers NOT to complain - in my experience it could be much more money than the Ombudsman will award.

I wrote to the Chief Executive of Ombudsman Services to complain about their website and their service. He didn't reply.

The Energy Ombudsman website does point out that you can refuse it's decision. If you do you'll get nothing. Also if you decide to proceed to court the energy compnay will say the Ombudsman has ruled and you refused its decision. The court will favour the Ombudsman's expertise and will most likely accept their judgement. You won't get your costs - because court time has been wasted.

Now I agree all of this sounds like a lot of hassle and stress. And it certainly would be. Fortunately there is a simpler way.

Don't ever switch to Scottish Power

Martin Lewis's Moneysavingexpert website - when pointing out Scottish Power currently has one of the cheapest  rates on the market reluctantly had to point out it also has the worst customer service and if that's important - avoid. Any small saving you might make will be more than lost by hours and hours complaining when things go wrong.

Why this blog is called The Chief Executive


I started writing this blog whenever I experienced bad or even terrible customer service. I discovered if I wrote about a problem, posted it here and emailed a link to the company's Chief Executive I got a much quicker and more effective response. I even got some personal replies from CEO's who picked up my email personally.